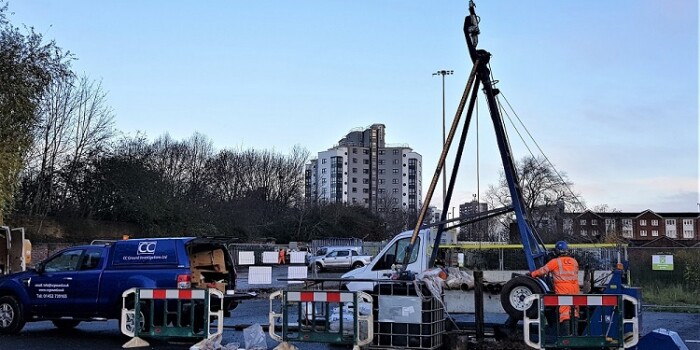 In recognition of the outstanding support and effort over the course of what has been a challenging year for everyone, CCGI has instigated an “Above & Beyond Award”. The Award has been presented to four staff members in recognition of their contribution to the Company during 2020.

Each member of staff was nominated by their managers. The lucky recipients this year were:

Jim Constantine – Drilling Manager “Both Rich Burrows & Rob Smith, came to CCGI and then the world melted into chaos in March of this year, unable to be involved in the Furlough scheme they stayed with us and helped us provide operational working systems for CV-19. They both have fitted in extremely well into the CC family and have strengthened our reputation with cable tool drilling. Both guys have helped the drilling contract managers understand working operations on various contracts which has helped enormously. They have received excellent feedback from both clients and staff and have guaranteed follow up work which has been a huge help”

Mike Atherton – Engineering Manager “Joe Hughes is new to the company, and despite furlough (he was one of the last ones to come back), he’s got fully stuck in, adapting to whatever task he has been asked to do (going above and beyond his normal role, acting as a drilling support op during quiet spells). Joe learns quickly, doesn’t complain and steadily gets on with every job rising to each new challenge. A great asset to the team!”

“Terry’s energy, willingness and organisational skills have helped transform the yard and stores”

Well done to Rich, Rob, Joe and Terry and thank you from CCGI.